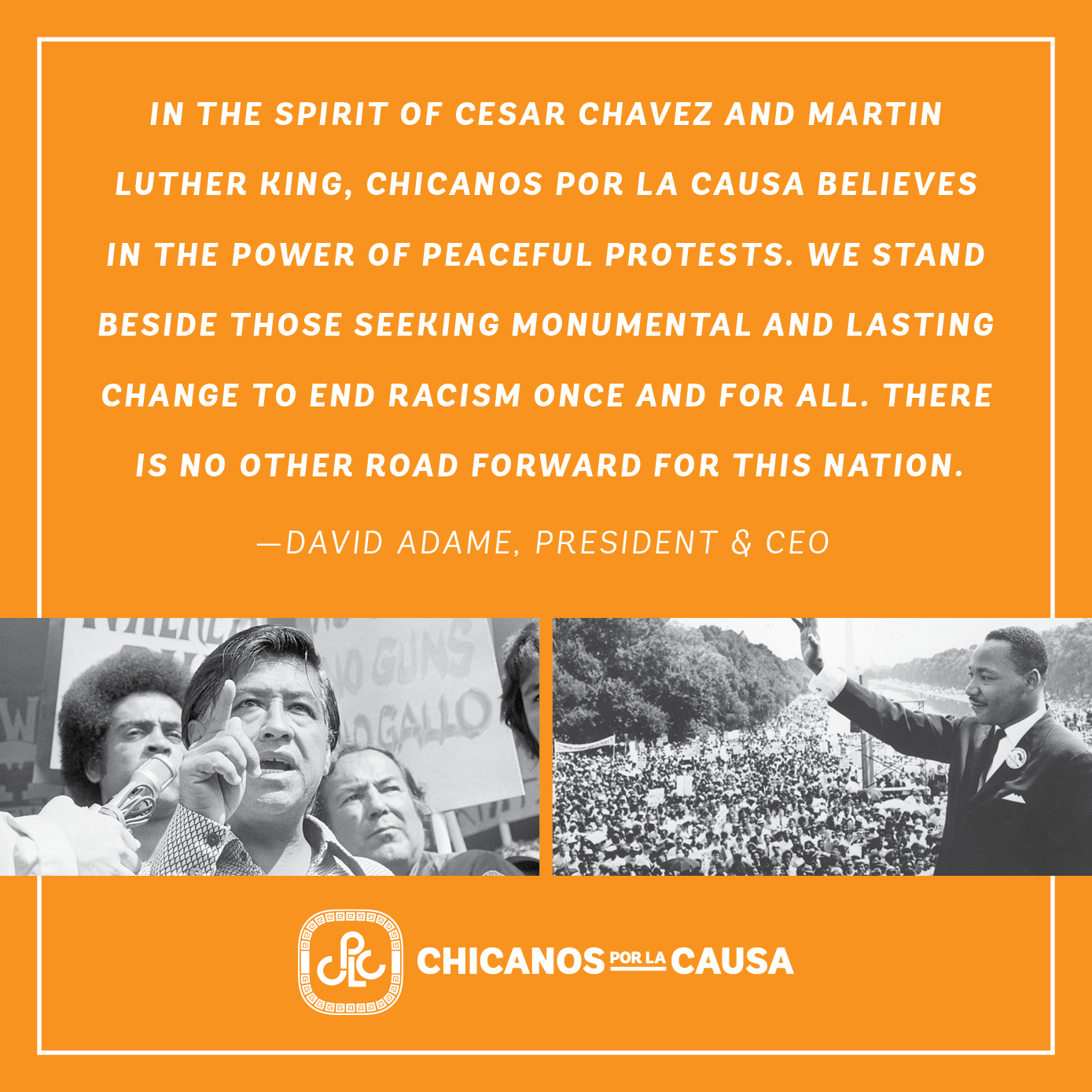 Statement on Protests Against Police Brutality

Chicanos Por La Causa understands the power and purpose of protest. Our roots come from the 1969 walkouts against an unfair and unequal education system for Latinos. Our continued and enhanced advocacy efforts still address inequities in education, housing, health & human services, financial stability, economic opportunity and community empowerment. And while we acknowledge the hard-fought accomplishments of the past and take note of how far we’ve come, our focus is on the many challenging barriers ahead and how far we still have to go. The recent protests here and around the nation against police brutality of the most lethal level carry many messages – perhaps some misguided and certainly many misconstrued – but there is one universal and unmistakable mantra: It is time for change. Not incremental change but monumental and lasting change. We understand the boiling-over frustration from underserved populations and people of color because we share the pain in being demonized, racially profiled, unjustly treated and too often disparaged, disregarded and denied inclusion in the American Dream. At the same time, it’s equally important to note that we fully share in the belief that violence only begets violence, and that the power of peaceful protest in the spirit of Cesar Chavez, Martin Luther King and Gandhi speaks louder than any blaring bullhorn, racist rhetoric, radical reaction, political pablum or exhausted excuses. The results speak for themselves. With that said, we express our support and proudly stand next to those who want, demand and expect change – whether they be black, brown, white or blue. Together, we must find our focus somewhere amidst the clouds of chaos and fog of frustration, and with laser-beam purpose let those in power know there is a higher power here at work that no longer can be denied, ignored or delayed. This is a defining moment of our time, one we must define without distraction or distortion. Our time is now for all Americans to achieve their true higher selves and for this nation to move forward and upward. We will not be dragged down, pushed down or held down. Instead, we will stand up with renewed determination and extend our hand to help each other step up as a nation and as a people, leaving racism behind forever once and for all.